Home / The Top 5 Best Places to Live in BC

The Top 5 Best Places to Live in BC

Working as a custom home builder with many clients moving to BC from Calgary, Edmonton, Toronto, and other cities across Canada, we get asked a lot “What are the Best Places to Live in BC?” We may be a little bit biased, but we would have to say:

Even as great as Nanaimo is to live and build a custom home, we did a bit of research and consulted some respected sources to compile a list of some of the other top places in BC to live.

Why: Ranked as the #1 place in BC for work by BC Business, Fort St. John’s healthy economy supports higher wages and a fantastic income growth for 2016. The majority of these jobs serve the oil and gas industry.

What’s There: As one of BC’s more Northern cities, expect fairly cold, snowy winters and warm summers. Fort St. John is a relatively small city, with a population of around 19,000. One of the big annual events is the High on Ice Winter Carnival.

Why: Ranked as the 9th best place to live in Canada by MoneySense (out of 209 communities), and the fourth best Place in BC for work, North Vancouver boasts the second highest average household net worth in Canada. North Vancouver offers low unemployment, low taxes, and low crime rate as well as a strong arts and sports community.

What’s There: North Vancouver overlooks the Burrard Inlet. As a waterfront community, it offers a beautiful locale and mild weather in one of Canada’s largest cities. North Van’s notable annual festivals include the Caribbean Days Festival in July, and the Canada Day celebrations at Waterfront Park. North Vancouver also offers plenty of art galleries, museums, and more.

Why: Victoria has consistently been ranked as one of the top cities in Canada to retire to, coming in #4 across Canada in MoneySense’s 2015 report. Victoria offers a low property tax level and a high number of doctors per capita. And as BC’s southernmost city, it also offers an amazing average of 319 days per year above zero degree celsius! (One of the reasons we love Vancouver Island so much!) Victoria was also ranked as the number one city in Canada for women to live in a study by the Canadian Centre for Policy Alternatives.

What’s There: As B.C’s capital city, Victoria is the home of our parliament, a gorgeous building completed in 1897. Adjacent to the Parliament Buildings is the iconic Empress Hotel – a great place for an elegant afternoon tea! You can also visit the BC Museum next door. Victoria is also home to the University of Victoria and is a popular city for college and university students. Victoria is a waterfront city, and a primary stop for many cruise ships headed to Alaska!

Why: As the top city outside of the Greater Vancouver region to rank highly in MoneySense’s 2015 Best Places to live report, Comox comes in at #25 in Canada thanks to a low crime rate, and excellent access to Health Care. Comox is also a popular retirement location in the region.

What’s There: Comox B.C, on Vancouver Island, is home to arts & culture festivals including The Filberg Festival and Nautical Days. Comox is a small part of the greater Comox Valley region, which includes Courtenay, Royston, Cumberland, and Union Bay. The Comox Valley is known for great golf, fishing, and hiking. Comox also sits at the base of Mount Washington, one of BC’s popular ski & snowboard destinations. Remember during the Olympics how they struggled to keep snow on the mountain? The same year, Mount Washington boasted one of the deepest snow bases globally!

Why: Kamloops is officially the warmest summer city in Canada, with an average summer temperature just shy of 27 degrees Celsius. It also ranked in the top third for best places to live in Canada. Kamloops also has a high population growth and relatively affordable housing. With a population of about 85,000, Kamloops is a nice mid-sized city. Work in Kamloops primarily includes resource processing such as pulp, plywood, and copper.

What’s There: Kamloops offers a number of arts & culture centers, including the Kamloops Art Gallery, the Kamloops Museum and Archives, and the Kamloops Symphony Orchestra. Weather in Kamloops is arid, with warm, dry summers. Many have compared Kamloops climate to Nevada, Utah, and Idaho in the US. Kamloops is self-dubbed “Canada’s Tournament Capital” and has hosted numerous sport & culture events.

At Westmark, we build custom homes for new residents in many of these regions! If you do make the move to our Vancouver Island or coastal region and are considering building a custom home, please get in touch – we’d be happy to talk to you about your dream home plans. 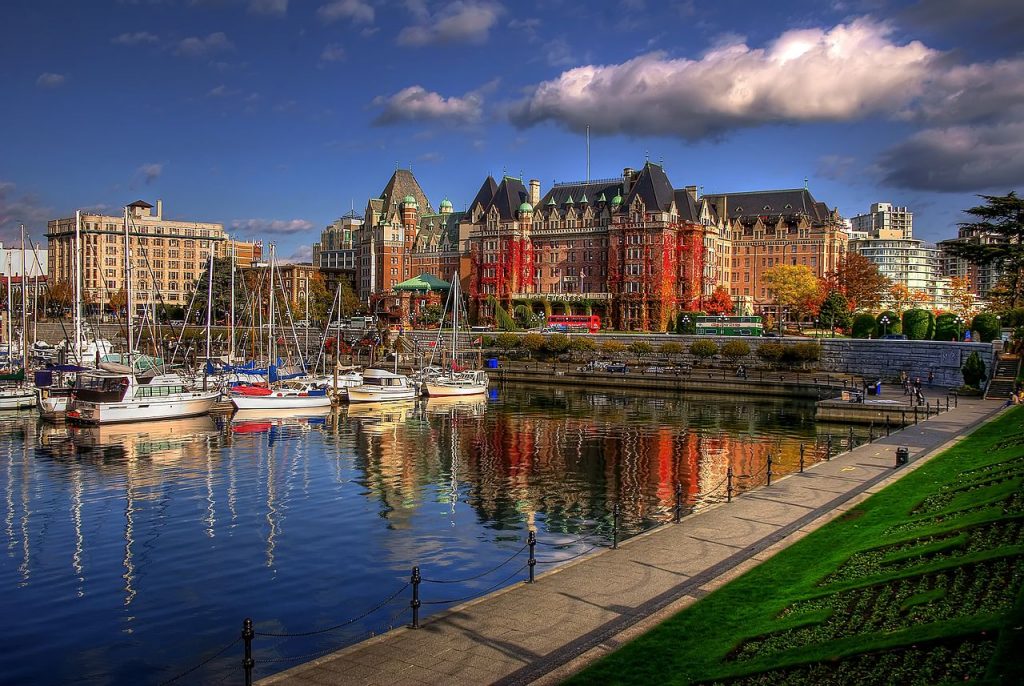