Craigdarroch Castle in Victoria, BC, is a historic, Victorian-era Scottish Baronial mansion. Built by coal baron Robert Dunsmuir during the reign of Queen Victoria and now a National Historic Site, Craigdarroch Castle has been meticulously restored, giving visitors a glimpse of privileged life in the 1890s. The Castle weaves a fascinating tale of an intriguing family – their achievements, their relationships and even their quirks.

Craigdarroch Castle has 39 rooms and over 25,000 square feet (2,300 m2). It was constructed in the late 1800s as a family residence for the wealthy coal baron Robert Dunsmuir and his wife Joan. Robert died in April 1889, 17 months before construction on the castle was completed. His sons Alexander and James took over the role of finishing the castle after his death. The initial architect of the castle, Warren Heywood Williams, also died before completion of the castle. His work was taken over by his associate, Arthur L. Smith, in 1890.

Craigdarroch Castle is believed to have cost as much as $500,000 when it was built, and included granite from British Columbia, tile from San Francisco, and an oak staircase prefabricated in Chicago. When originally constructed Craigdarroch stood in grounds comprising 28 acres (110,000 m2) of formal gardens in Victoria’s Rockland neighbourhood.

Upon the death of Robert Dunsmuir’s widow, Joan, the Craigdarroch estate was sold to land speculator Griffith Hughes for $38,000 who subdivided the estate into building lots. To stimulate sales during a slow real estate market, Griffiths announced that the castle would be the subject of a raffle, to be won by one of the purchasers of the residential parcels carved from the estate. The winner, Solomon Cameron, mortgaged the castle to finance other speculative ventures which failed, leaving him broke, and in 1919 ownership of the castle passed to one of Cameron’s creditors, the Bank of Montreal.

The four-story Craigdarroch Castle still has lavish furnishings from the 1890s and is known for its stained-glass and intricate woodwork. The Castle is currently owned by the Craigdarroch Castle Historical Museum Society, which is a private non-profit society, and is open to the public. The castle is a tourist attraction, and receives 150,000 visitors a year.  You can visit the castle at 1050 Joan Crescent, Victoria, BC.  It’s Open daily from 10:00am – 4:30pm and closed on holidays.

If you have a project in mind, contact Westmark Construction today! 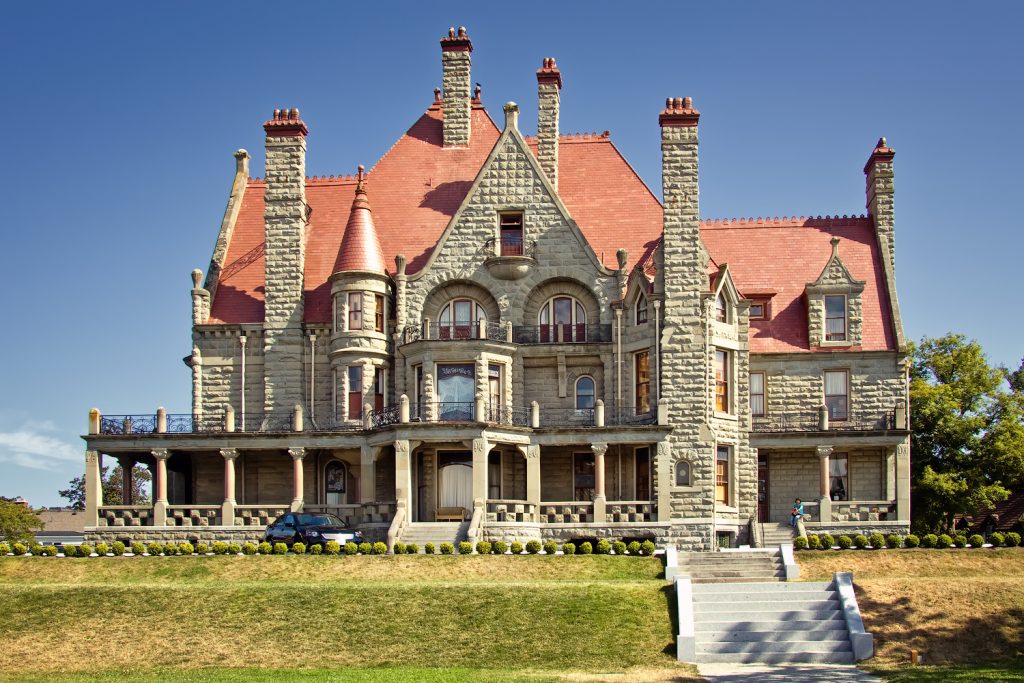