St. Columba Church in Tofino has seen 31 ministers, five organs, and a merger between Anglican & United churches.  It has been through World War I, the Great Depression and World War II in the last 101 years of its existence.  Here’s a bit of history on this heritage building, the Tofino community, calls “the heart of Tofino”.

Fundraising began, in 1912 and two lots were purchased.  Much of the funds for the new building came from a bequest from the family of Francis Beresford Wright, who asked that a church be built in a rural, beautiful setting.  Other contributors were John Chesterman, whom Chesterman Beach is named after, who contributed $12.00 towards the $100.00 purchase of the land.

The church was designed and built by the Reverend George Aitkens.  The Reverend Aitkens would go on to design and help build five other churches.  Construction on St. Columba began on July 2, 1913, and many of Tofino’s original pioneers helped with the building of the church.  In October 1913, the church was completed; a copy of the Reverend Aitken’s plans for the church is on display in St. Columba.  They were found in the summer of 2013 in a house on Clayoquot Island.

The first worship service was held in St. Columba on October 2, 1913.  December 30 1913 marked the first wedding that took place between Sofus Arnet and Nancy Shaker; a copy of their marriage licence is on display at St. Columba.

At this time the area that the resident clergyman served was enormous.  They travelled by boat to reach many of the far flung points of their parish, including Vargas Island, Bamfield, Uchucklist and Sechart.  These boat trips could be very dangerous, as witnessed by the Rev. Todd’s experience driving a mission boat onto the rocks in Clayoquot Sound.

In 1921 the ladies group of the church (the ACW) fundraised and built a vicarage near the church.  The building was small, and only had two rooms.

Through the 1960s the church building continued to need repair as an oil heater that had been installed to replace the wood and coal heater caught fire.  Marks from the fire are still visible in the church today.

In 1968, an unprecedented thing happen; Tofino United Church and St. Columba Anglican Church decided to join together as a shared ministry.  This was at a time of much talk of church union on a national scale.  In 1977 it was official a true shared ministry, and a call to ministers from either tradition were invited to join.

The physical building of St. Columba expanded in 1985, as the addition to the entrance of the church was built and this is how it stands today.

Westmark offers our services across Vancouver Island! If you are looking for a builder in Tofino or Ucluelet, contact us today with your project plans, ideas, and goals! 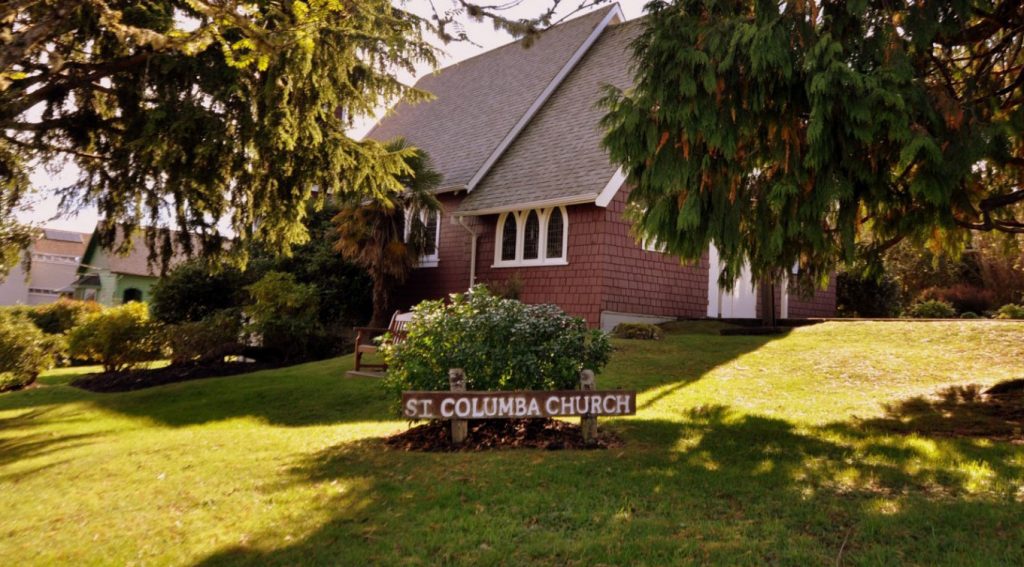